A group portrait of Catherine de’ Medici with her children, first bought by Horace Walpole, is returning to Strawberry Hill House 247 years later, thanks to the Acceptance in Lieu scheme, administered by the Arts Council.

The monumental 1561 work by the Workshop of François Clouet, a highly successful portrait painter at the French court (1510 – 1572), which has only been publicly displayed three times in the past 126 years, will go on permanent display for everyone to enjoy in the main Gallery at Strawberry Hill House when it reopens to visitors on 17 May.

The painting depicts the last members of the Valois dynasty, whose rule of France (beginning in 1328) was defined in the 16th-century by the French Wars of Religion, and finally extinguished upon the succession of the House of Bourbon in 1589. The portrait depicts Catherine de’ Medici, with her arm around and holding the hand of Charles IX (1550-74), her third son, who was crowned King of France in 1560, aged just ten, and for whom she acted as regent during the first three years of his reign. The inscription at the base of this painting: ANN AETA SUAE XI (‘in his eleventh year’), indicates that the boy has already ascended the throne in his minority.

Also included are his brother, the future King Henri III, Duc d’Anjou (1551-89), his sister, Marguerite de Valois, future Queen of Navarre (1553-1615), and François- Hercule, Duc d’Anjou and Alençon (1555-84). Catherine’s gestures are highly symbolic, as she simultaneously presents the young monarch and protectively keeps him close to her, reflecting the substantial influence she held over the political life of France and the control and guidance she exercised over her son’s rule.

How did such an important painting for French history end up in the UK? That is a mystery still to be solved – however we do know that Horace Walpole bought it for £25 from a Mr Byde of Herfordshire in 1742.

Walpole owned a number of valuable works of art linked to the Valois dynasty, and was also fascinated by the Medici – his interest beginning during his Grand Tour when he spent 13 of his 30 months in Florence. Walpole’s library included Medici biographies, festival books and catalogues of their art and objects – he even debated writing a history of the Medici Family, starting to prepare for it in 1759, but eventually dropping the project due to a lack of archival material. Walpole’s interest in the Valois and the Medici is closely related to his fascination with the Tudors, to whom, at Strawberry Hill House he consecrated an entire room, the Holbein Chamber.

Dr Silvia Davoli, Curator at Strawberry Hill House said: “The acquisition of this unique portrait of Catherine de’ Medici with her Children is important not just for its great intrinsic value and meaning, but also because it gives us, at Strawberry Hill House, the possibility to reconstruct one of the many historical narratives that were at the basis of Walpole’s collecting strategies. This portrait speaks to us of Walpole’s interest in the Italian and French Renaissance, its protagonists and great art.”

Strawberry Hill House reopens on May 17. 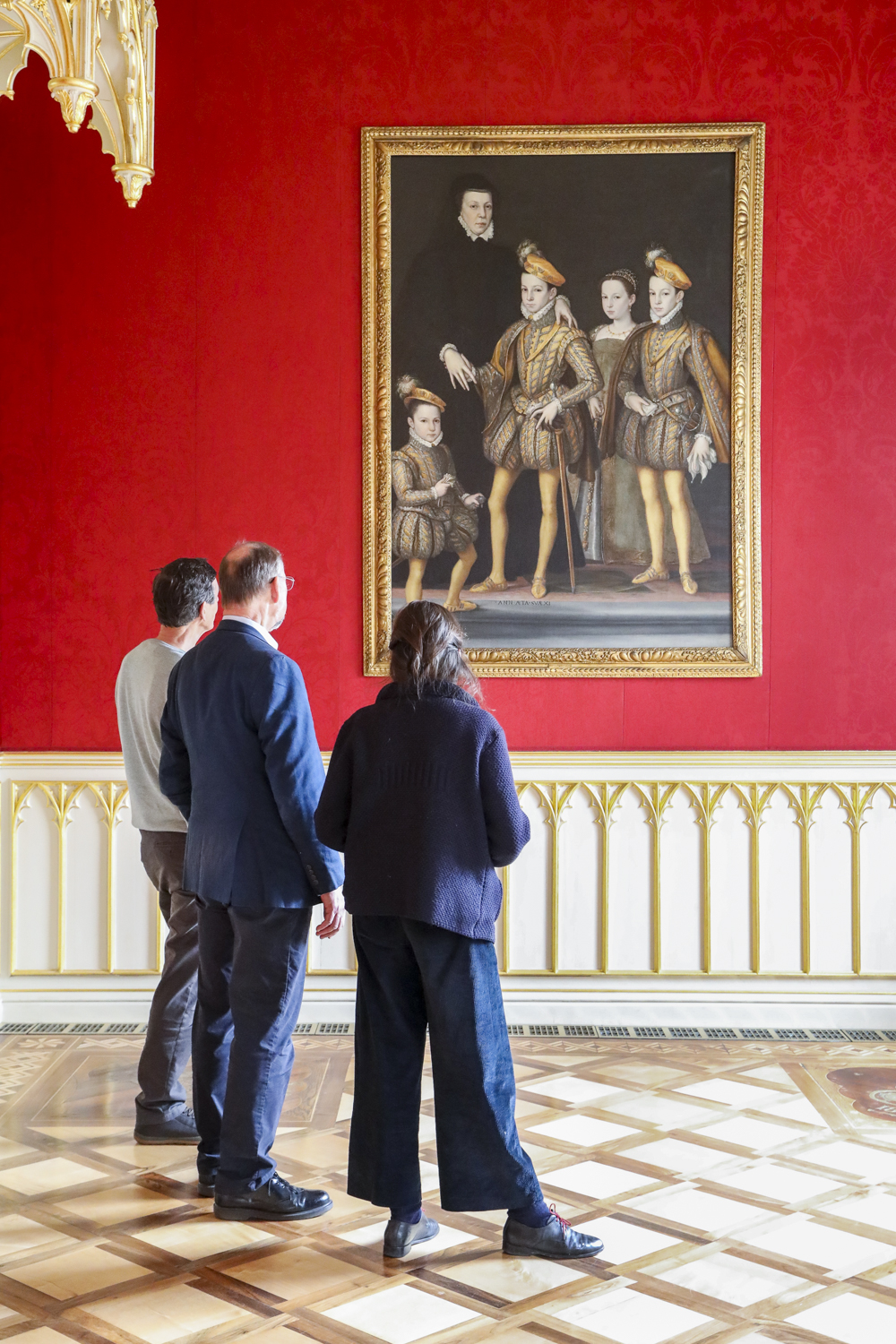