“I am writing, I am building – both works that will outlast the memory of battles and heroes!…”

‘Write to Horace’ and join our Letter Writing Campaign

Inspired by the prolific writings of Horace Walpole, we invite you to ‘Write to Horace’ about how your community has come together to make a difference during this crisis.  In celebration of the 10-year anniversary of the restoration of Strawberry Hill House, created in the 18th century, these letters will then be displayed as part of an imaginative art installation at the House later this year.

Horace Walpole ‘Man of Letters’, was a prolific writer, starting at the age of 7 and continuing with this passion into his 70’s. During his lifetime he produced some 7,000 letters, the world’s first gothic novel ‘The Castle of Otranto’ (inspired by a nightmare he experienced at Strawberry Hill House), and an account of his collection in ‘A Description of the Villa of Horace Walpole’. He even had a private printing press in the grounds of the house, the first in the country.

Walpole’s letters, which describe the people he met, his local community and his thoughts about the world around him, captured the spirit, issues and wit of the age. During this time of lockdown, in 2020, letter-writing feels more relevant than ever and the humble letter has had a resurgence as people have sought to keep in touch. 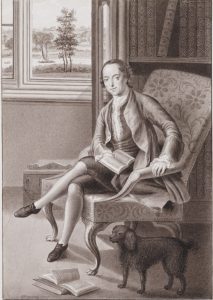 · In the spirit of Walpole, we are asking for handwritten letters, two sides maximum.

· Please address your letter to ‘Dear Horace’ or ‘Dear Mr Walpole’ – please do not put your home address or surname in the letter.  You can include your first name / age / town.

· To submit your letter, please take a photograph or scan of the letter and email it to: letters@strawberryhillhouse.org.uk

· If you are submitting a letter as part of a school project, you can find our Schools Information pack here.

Horace liked to write about views of his house and garden, things going on in his community and general comments about life and people around him and so, you might like to consider the following themes:

·  Describing acts of kindness that you have experienced within your community or shown to your local community.

·  Things you have noticed about the natural environment while on walks nearby.

·  Observations of life around you. 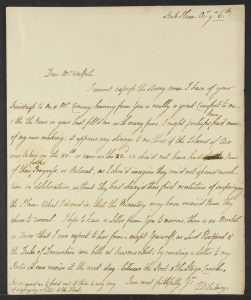 All the letters received will be collated, preserved and eventually displayed in an imaginative art installation for people to read and reflect on as a fitting welcome back to our local community and wider visitors after we have fully re-opened Horace’s ‘little gothic castle’. The letters will then be compiled and kept in Horace Walpole’s library within the House.

· It is intended that all letters will be used for the purpose of displaying in an installation, some extracts may also be used by us for social media and on our website (Only first names and ages will be included).

· Letters cannot be returned and, by submitting, people are agreeing to participate in the project and to having their letters displayed. 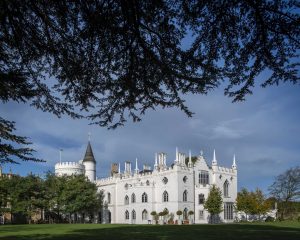 ‘Tis an hour that makes one forget any subject of complaint, especially towards one with whom I lived in a relationship from thirteen years old’

This project was only made possible thanks to public funding from the National Lottery through Arts Council England.